The Man Matrix is being authored by life and executive coach — and prolific, award-winning writer — Neil Bierbaum. 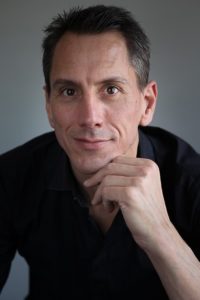 MANY BOOKS have been written attempting to explain men. They all tend to say—or, rather, do the same things. Firstly, they treat men as a single, generic mass. They explain how men differ from women, but with very little to differentiate those men from each other. They trot out things like the way men remember and make decisions. For example, they’ll point out that men can remember the stats of an entire football season, but not what colour dress a woman wore on their first date. Or they’ll pull out the generally accepted and somewhat proven fact that men tend to isolate a single factor when making a decision, while women consider many factors. And so on.

That’s all very well, but there’s only so much you can do with that information. (Not to mention the obvious ethical problems with such generalisations.) For any man trying to actually understand himself, with the hope of possibly improving himself, that’s like being lectured on the principles of mechanics in order to be able to start a car. Wanna start a car? Here’s a key!

The Man Matrix is your key to open the door to understanding a single, unique, individual man—whether that’s you as a man, or someone in relationship with a man—at the most granular level possible. It tackles the question of whether you can “change” yourself—or whether someone can “change” a man to be more the way they want him to be. (Short answer: no. A leopard does not change its spots. However, a man can mature and become integrated, which means being less extreme, less one-sided in his personality and, instead, having a wider range of cognitive, emotional and behavioural options available to him.)

The starting point for each man is different, and the lessons he needs to learn in order to become more mature—and integrated—are unique to his journey. They can, however, be grouped according to a particular variable, which will be introduced and explained in this website. Knowing and understanding this variable will enable you to gain a deeper understanding of yourself as a man—or the man or men in your life if you’re reading this from the outside looking in.

You’ll know more precisely what you’re dealing with, and what you can and can’t expect from yourself—or from a man. It will also point out the main theme of your—or his—individual development, particularly as you pass through the much-maligned “midlife crisis”, which in this website is presented as a potentially healthy and positive “midlife transition”, if approached in the right way.

Two important issues to address here are, firstly, the “voice” of the website, and, secondly, my credentials for writing this website.

This website is directed at men who want to learn about themselves, and at anybody who seeks to understand the man or men who they are in relationship with. Primarily, and for the sake of simplicity and generality, it’s assumed that those will be heterosexual women. However, many of the elements that are directed at heterosexual female partners of men can just as easily be read and applied by gay men who are seeking to understand their partners, as well as by the parents, siblings, friends and even colleagues of a particular man, or particular individual men.

Of course, by directing some of the content towards women, it doesn’t mean that women are responsible for men’s development or that they should have to mother them. As I state elsewhere, men are responsible for their own development. That said, I’ve noticed during a decade-and-a-half as a life and executive coach that women are more likely than men to engage in personal development workshops, and that many men only enter into a personal development program once a woman has given them an ultimatum. It’s a sad state of affairs—one that is changing, and one that I believe needs to change a lot faster if men are going to keep women interested. So I’m counting on this website finding its way into many men’s hands via those of a woman.

Importantly, I do hope that this website will be discovered and visited by men, who will get to see themselves “from the outside” and better understand what women are asking of them. In addition, I hope that they would be inspired to learn more about themselves, take responsibility for their own personal development, their own journey to maturity.

If any man feels unreasonably challenged by this website, because it empowered a woman to make a proactive choice, or because it was handed to you with the imperative to mature and integrate, the invitation is to nevertheless do your best to read it and see what’s true for you. Then take on that which resonates—on your own terms.

Now let’s turn to my credentials for writing this website. Firstly, I am a man, and I identify as one. Professionally, I’m a life coach with fifteen years’ experience, and a lot of my work has been with men at all stages of life and career. Before that, I was the editor of two men’s fashion and general lifestyle magazines. I’ve been married and divorced, and I have a good relationship with my ex-wife. I’m a father to an adult son, and I have a good relationship with him, despite us having lived in separate countries since he was 14.

At a deeper level, I had a troubled relationship with my own father, and was not helped by the dearth of mentoring from the men in and around my family when I was growing up. The guidance I received from schoolteachers was not much better. As an adult I took myself through various stints of therapy and coaching. I attended numerous personal development programs, including a Mankind Project weekend and a year in one of their integration groups. I also read and re-read various Jungian authors like Marie-Louise von Franz, Robert Bly and James Hollis, as well as various other authors.

All of this, combined with what I hope is a talent for distilling information for practical application, has enabled me to build a strong, clear picture of what a positive, constructive model of masculinity might look like. I’ve unpacked that in the form the Man Matrix, and its various websites and reports. I trust that however you came to it, and whatever your reason for being here, that you will find the benefit that you seek.

The Man Matrix by Neil Bierbaum © 2021 Neil Bierbaum All rights reserved. No portion of this website may be reproduced in any form without permission from the publisher, except as permitted by international copyright law. For information, contact the author.

This website will be updated regularly with more information and, ultimately, juicy developmental reports for every type of man. Enter your details below to get notified by email of those updates. (If you close this popup by mistake, you’ll find the form on the Subscribe page.)